(I sent this to the NFJS speakers’ mailing list last week, and Ben Galbraith suggested I repost it here.)

I think both positions are misinformed. And no, I’m not about to pull out my magic prescription for how to solve all the software industry’s problems by making it more like bridge building. In my experience, software developers tend to have an idealized, unrealistic view of what “real engineering” is like. Sure, some kinds of bridges are so well understood by now that there’s very little risk involved; freeway overpasses and the like are churned out regularly and routinely (in much the same way that simple CRUD applications, whether web- or desktop-based, are usually safe bets for even inexperienced development teams). But from what I’ve learned, bridge building in general is a lot more like modern software development than most people realize. And I think the software industry can learn some lessons from the history of bridge building.

Take, for example, the bridges of Swiss engineer Robert Maillart. His best known bridge, Salginatobel, was just featured in a really nice piece about some of the best man-made structures. 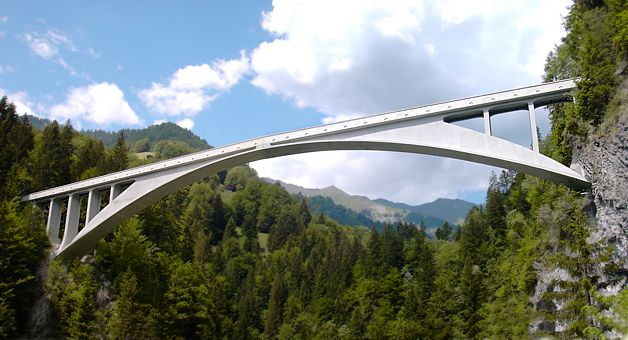 Maillart was seeking new designs that would take advantage of the properties of a new material: reinforced concrete. It had been in use for some time, and builders had figured out how to work with it, but Maillart realized that reinforced concrete had unique properties that would permit the use of new forms, resulting in significant savings (due to reduced material costs).

The formal methods used by civil engineers at the time weren’t up to the challenge of analyzing these structures (known today as “hollow box arches” and “deck-stiffened arches”). Maillart verified the designs empirically, by building models, rolling barrels full of concrete over them, etc. etc. The civil engineering establishment of the day vilified him as a charlatan who was endangering lives and cheating his customers by building bridges that would fall down. But he got customers anyway, because his designs were much, much cheaper to build. (The fact that they were strikingly beautiful didn’t hurt.)

Another engineer of the time was Leon Moisseiff, a strong proponent of formal methods and the developer of “deflection theory,” at the time the state of the art in mathematical analysis of suspension bridges. Moisseiff designed a bridge intended to be a showpiece for the power of deflection theory. It was the Tacoma Narrows bridge. After its famous collapse, other bridges that had been designed with Moisseiff’s assistance (such as the Golden Gate) were retrofitted with stiffening trusses. It turned out that deflection theory was deeply flawed in a way that nobody had yet realized. 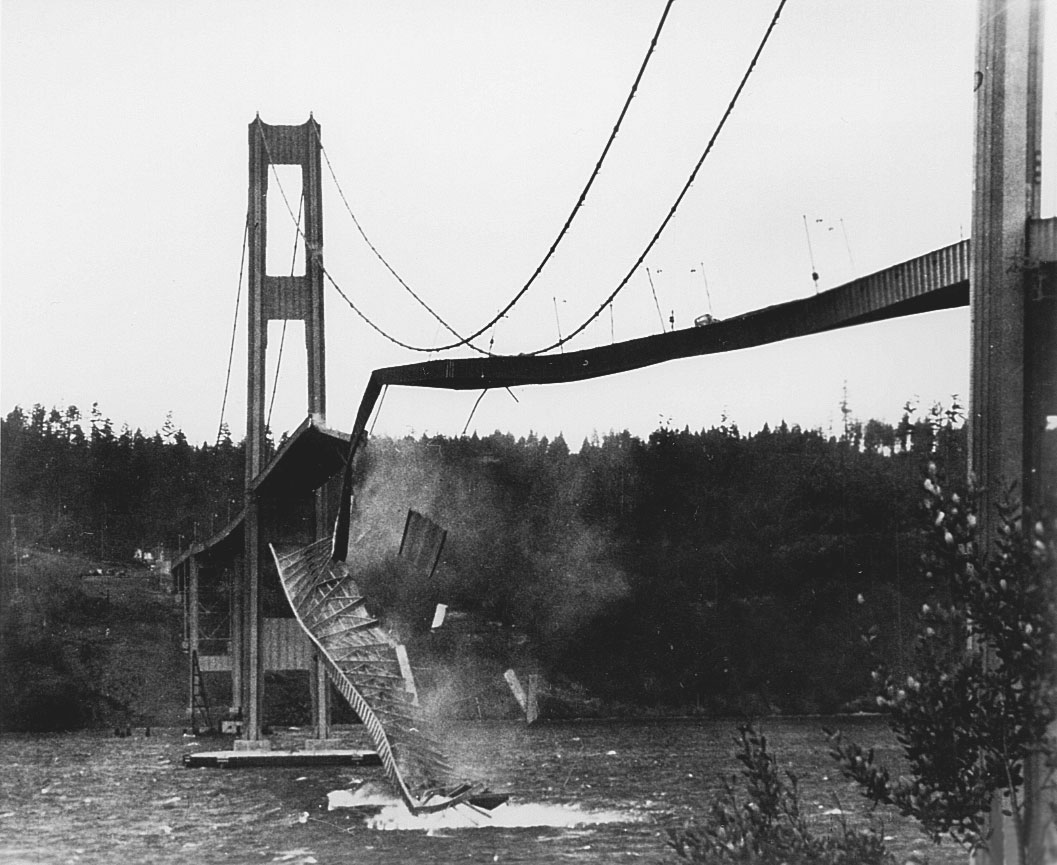 One of Maillart’s bridges did fall down … after being buried under an avalanche. One was demolished because more capacity was required. The rest are still in use, and the forms he pioneered are now standard designs taught to civil engineers. The math eventually caught up with Maillart’s methods. As the story I linked to above notes, Maillart is an inspiration to the current superstar of bridge design, Santiago Calatrava.

I think there are some important lessons here for the software profession. The lesson is definitely not that “real engineering” is a mechanistic, purely construction-oriented process, which is the lesson that is usually assumed when software is compared to bridges.

Note: I have at best an interested layman’s knowledge of the history of bridge engineering. Sources include Henry Petroski’s wonderful Engineers of Dreams: Great Bridge Builders and the Spanning of America for information about Moisseiff, and David P. Billington’s article “The Revolutionary Bridges of Robert Maillart” (from the July 2000 edition of Scientific American). For what I believe to be the best description of the true relationship between software development and other engineering disciplines, I encourage you to read “What is Software Design?”, Jack Reeves’ brilliant essay.